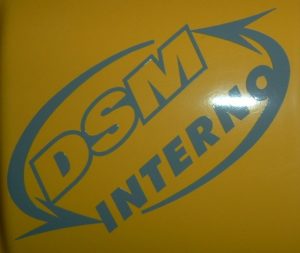 The Barchetta is seen by many as a simple roadster. In the meantime, however, there are more and more customers in our customer base who would like a little more performance (i.e., many let themselves be infected by us …).

Since the tuning possibilities also depend on the budget, we have worked out different tuning levels, which can then be extended to any of the following levels – i.e. you don’t invest a single step in vain.

Main attention with all our offered tuning stages is the retention of the great engine character of the Barchetta – only just with a raised performance and torque curve.

STEP SIX – A TUNING LEVEL THAT MAKES IT EASIER FOR YOU TO DECIDE TO HAVE MORE POWER – THE TIGHTLY CALCULATED PRICE MAKES IT HAPPEN:

With the Step SIX the most essential part for more power of the engine is processed more intensively – the cylinder head.

The STEP SIX price includes the following for the delivered vehicle:

Meanwhile the first engines are running with the change (engines with Step 5 were upgraded) – massive speed joy, which starts with a lot of pressure from about 3000/min and goes up to the speed limiter! At the same time the engine has increased in elasticity and torque, speed fifty through towns in fifth gear is no challenge …

By the way … – the Step Six has also improved in sound … 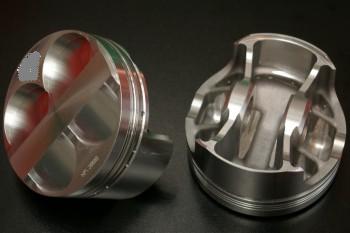 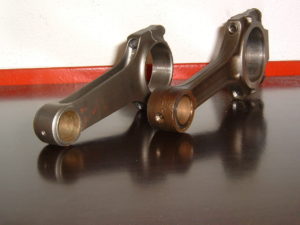 – Crankshaft with more stroke for 1993 ccm 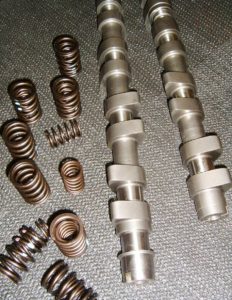 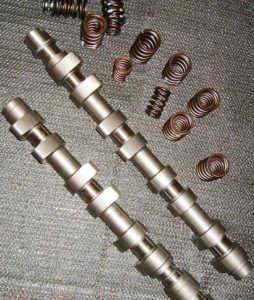 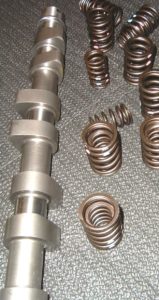 – Cylinder head processing on both the intake and outlet sides: not only are transitions and surfaces smoothed, but the channel shape is also optimized in terms of flow and filling. In addition, the design of valve seats and combustion chamber are changed.

In the meantime, the heads are no longer machined by hand (the number is too large for that), but CNC machined on a five-axis milling machine. Thus, all heads and channels are equal and have improved design.

What remains, of course, is still the final manual work in the finish, seats and combustion chamber shape get their polish this way. 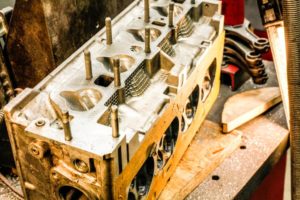 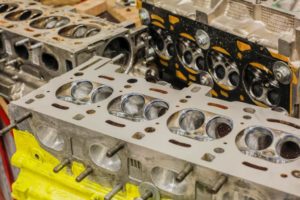 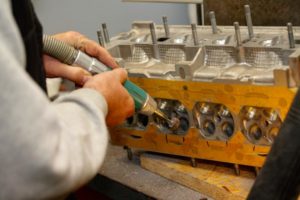 Channels finished (by the way, we machine cylinder heads of all brands): 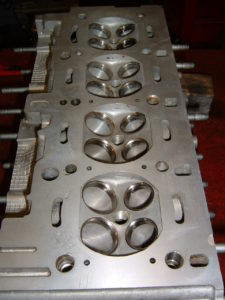 For self-drivers there is of course also the possibility to deliver the self-dismantled head to us in order to have it reworked.

In addition, we use the appropriate valve springs to prevent the spring windings from blocking up. Other required parts may be a complete timing belt set or a single new timing belt, if the kit had already been replaced before not too long mileage or running time.

This measure causes the motor to increase noticeably from 3500 rpm, and the increase in pleasure of rotational speed is noticeable.

The effect is even more powerful than with DSM-1 and already starts at lower speeds. Even more rotational speed pleasure in high speed regions. A harder sound of the engine is remarkable (in vehicles with sports exhaust this is even more striking).

Here the channels not only undergo a smoothing of the surface, but also a decisive change in shape and cross-section at the important points. Since this work takes a lot of time, there are unfortunately additional costs.

The effect is comparable to basic STEP SIX, but the torque and power curves are more plate-like, i.e. the tuning measures have a strong effect on the entire speed range.

The first tuning stage with more displacement: At first, the increase in displacement sounds like little, but it has a very strong effect.

In addition to the steps mentioned above, the engine is bored from 82 mm standard bore to 83.5 mm. This results in a displacement of 1811 ccm instead of the standard 1747 ccm.

This is done in combination with DSM-3, but for cost reasons can also be achieved without modified camshafts and without channel machining. However, in this case we also recommend the installation of the alternative valve springs (see DSM-1), so that a camshaft replacement at a later stage is cheaper, as this reduces the amount of work involved.

In order to ensure stability despite the increased power, high-strength forged connecting rods are also installed at this stage, which prevents connecting rod breakage.

The crankshaft is naturally balanced. The compression ratio is one stage higher than with the tuning stages mentioned above.

The “1811” (or “1811-er” as it is called in German internally by us) inspires by its enormously good running behaviour and the lively power output, which provides for great track ability …

By the additional use of another crankshaft with more stroke the displacement is further increased compared to the 1811 to full 1993 ccm. This means even more torque and power. Of course, this step is based on the previously described measures.

As with step DSM-4, in order to save costs one would have the option of omitting the channel machining and retaining the series cams. (But so far we haven’t had a customer to do this …)

This engine turns the Barchetta into an “adult” roadster, which gives the driver a certain casualness when driving, because there is a lot of power and performance available. This is already noticeable when shifting gears, for example: Where you have previously shifted down two gears, it is now usually enough to shift down only once, or you don’t shift at all … If you have to, the engine inspires with its “fire under the roof” …

On request we will be happy to send you an individual offer for the tuning level you are interested in. 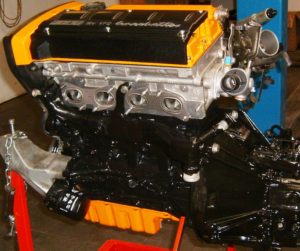 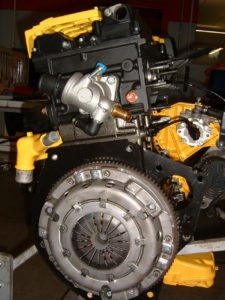 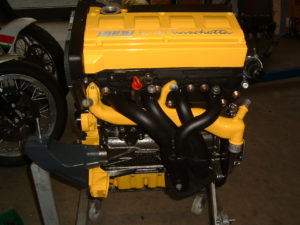 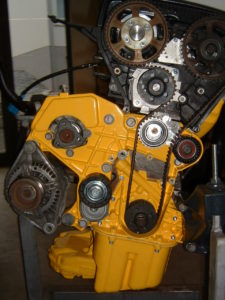 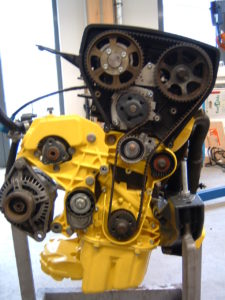 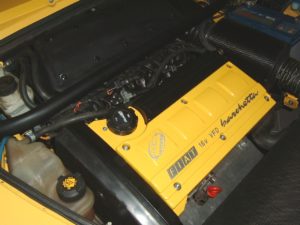 The tuning tool – not only interesting for tuned vehicles! 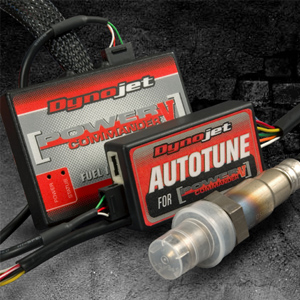 By changing the injection times, a mixture adjustment can be achieved especially for the individual vehicle.

The standard injection map is optimized in all areas to the ideal lambda value for power development.

A specific wiring harness and compatible plugs allow installation in just a few minutes without major modifications to the vehicle. 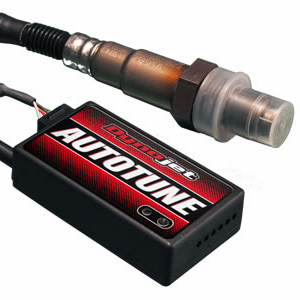 The Autotune module allows the PCV to be tuned while driving by determining the current lambda values. The exhaust values are recorded by means of a high-quality broadband lambda probe, which is mounted in place of the standard probe.  These values are then automatically converted into a new Powercommander map and used live while driving.

Target values can be specified in order to obtain a precise optimization of the existing map. The Autotune module calculates a corresponding adaptation of the map in real time – taking into account the current driving conditions. A configuration is already installed by us during delivery / assembly. However, those who wish to proceed at their own discretion can change this configuration again.

The use and working with the software is very user-friendly, during the installation by us of course a briefing and instruction takes place with us.

Fig.: Section of a target value map (example) of the PCV with Autotune activated. The PCV creates a new map according to these values – according to the specifications already stored in the PCV or freely selectable. 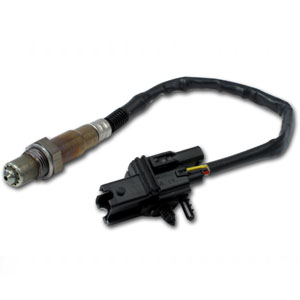 Basic
all four cylinders run with the same map / 1 probe for all cylinders,
this one sits in place of the serial probe
– 1 Powercommander / 1 Autotune / 1 probe – 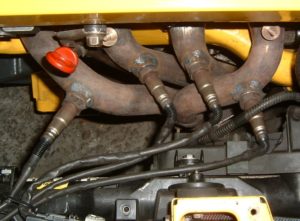 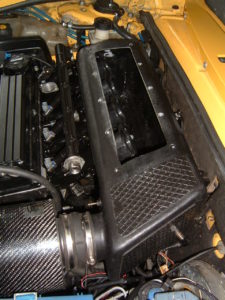 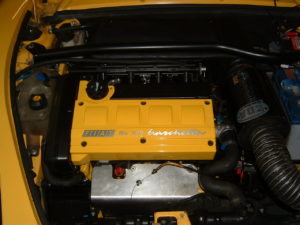 Modification of the intake system in front of the throttle valve 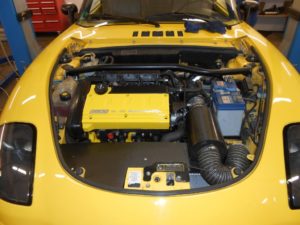 The engine becomes more agile by the installation of the bmc-airbox in connection with an intake hose, which is normally used in racing for air supply for brake cooling. The intake point on the body is an air scoop (designed and manufactured by us) which is attached to the front bumper. The optimal length was found by driving tests. The advantage over a simple open sports air filter is the intake of cold outside air instead of very warm air from the engine compartment. The noise level is also more limited.

We assume that this system will become even more efficient in conjunction with our airbox, which is currently under development … 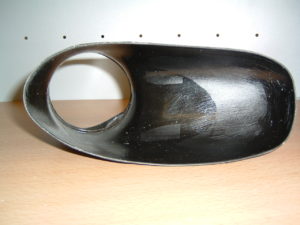 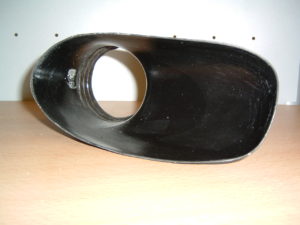 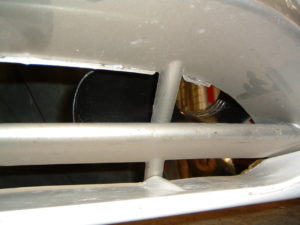 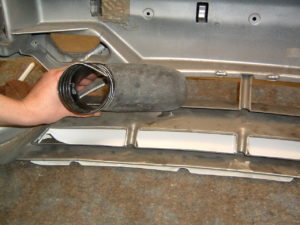 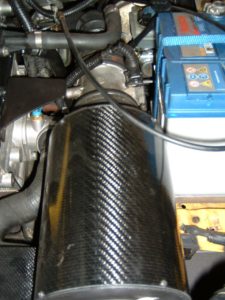 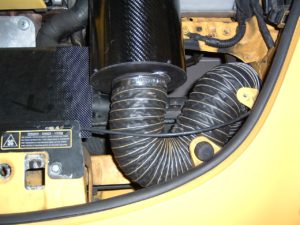 Have we aroused your interest ? Then do not hesitate to contact us …

Back to top of page!

> The Ragazzon exhaust systems for the Barchetta are only distributed by us. 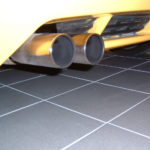 > We are official partner for KW-/ST-chassis – for all vehicles. We would be pleased to make you an offer.